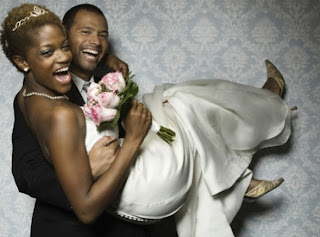 Last year, dozens of bloggers, writers, journalists and advocates participated in a united campaign writing essays and prose dedicated to the celebration of marriage, and to the encouragement of young children to forgo having babies outside the confines of marriage. The movement is called No Wedding, No Womb.

The effort was met with praise and accolades but also lots of criticism, disdain and condemnation  by those who were under the mistaken impression that the sole purpose of the message was disparaging single motherhood, those who grew up in single family households or are currently raising children they conceived outside of marriage.

I participated in that effort too and sadly lost some friends over it who felt that I was judging the way they grew up. The criticisms were varied:

·         “My mother did her best and raised all of us with what she had and did not need a husband,” one person wrote.  Another said, “Raising a child on your own is best because it shows that child self-reliance and besides so many times a husband may not even help anyway, so what is the point?” one commenter had written.

·         Inside the Blogsphere and among the Twitterverse an anti-No Wedding No Womb campaign surfaced among those who felt that the focus was solely on black women and absolved black men of their responsibility in the plight of single parenthood in America.  An astounding 70% of black children are raised in single family-female-headed households in the United States, and thus the core of the messaging started by writer, blogger and marriage advocate Christelyn Karzin, was in direct response to that statistic and an effort to mobilize others towards changing that statistic.

·         Still, others pointed out to the high divorce rate and declared that the institution of marriage is a broken system anyway that shouldn’t necessarily be upheld as the ideal standard. 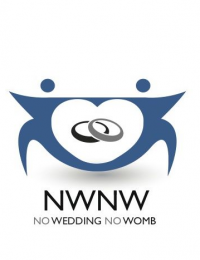 ·         Those in the gay, lesbian, bisexual and transgender community complained that legal limitations impede their ability to get married anyway and that they were unwilling victims of unwarranted disapproval by marriage advocates.

·         Several wanted the message to be suppressed because they felt it was another example of “airing out the dirty laundry” of the black community for general audiences to see.

All the commentary, negative, positive and in between, was valuable and useful in raising the debate and engaging in dialog that many people had before refused to acknowledge, let alone, openly discuss in various forums.

Of all the adversarial responses if I could address but one point it would be to those who say that it is no better to conceive a child and raise it within the confines of a healthy and working marriage, than through single parenthood. 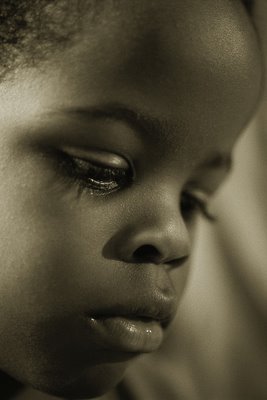 I have seen and have in my circle of friends plenty of married couples with children where the husband works and provides income and with those two incomes, they are able to afford their children tutoring if they need it and access to resources and educational tools and support.  In these families, and many others like theirs, the couples are providing a stable model of a healthy relationship where the man and wife do not cheat on one another or verbally or physically abuse each other.  They provide their children with two different sources for help on homework and they complement each other’s weaknesses and strengths in child rearing.  The boys learn models of manhood and the girls learn how they should be treated and expect a man to treat them when they start dating.  The couples also support each other’s academic, work, spiritual or extracurricular dreams, hopes and aspirations.

This is not to say that those who get divorced accidentally get pregnant in their youth, are widows and others cannot provide safe, nurturing and healthy environments for the children they are raising alone.  In fact, many are capable and do.  Nonetheless, few can deny that the former scenario, if attainable, would be ideal.

The point of  NWNW to me was and is just that: to encourage young girls and boys that there is an alternative to the “baby mama” or “baby daddy” scenario or option. If one doesn’t reach that model for some reason or another, is one thing.  Each new baby brought into the world is a miracle.

However, to know that the model exists and to strive for it is an entirely different thing.

No wedding No womb is not a judgment. It’s an option. There is a difference. More should know it and respect it and collectively, we all may go further, faster.