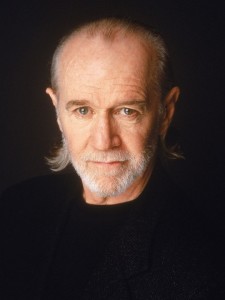 I scribed an update to my 5 Dirty Words in politics post from last December 2010, that was originally published last week in Politic 365. Here it is:

In politics there are certain words and terms that are as poisonous as they are real in their rhetorical usage. They can be used to damage a political candidate’s campaign or to kill a bill before it grows legs in Congress. Axiomatic to late comedian George Carlin’s 1972 stand up monologue utterance of “the 7 dirty words” that can never be uttered on television, there are seven dirty words that carry loads of baggage in politics:

1. Amnesty – Any suggestion in support of granting some benefit or relief – such as discounted tuition, access to college or the military, or legal status – to the 11 million people living in the United States without the proper authorization will for certain spell a death sentence to many a political candidate’s aspirations.  Current Texas governor Rick Perry took a sharp dip in approval among his once beloved Tea Party supporters, 45% to 15%, when he defended his state’s “DREAM Act” – a bill that permits children living in Texas, brought to America illegally by their parents, to pay in-state tuition.

2. Obamacare – Opponents of the Affordable Care Act of 2010, created by the Obama Administration but approved by a Democratic-led Congress in 2010 use this term as a pejorative.  They say the massive overhaul of the US health care system which has benefits to the un- and underinsured – but imposes regulations and controls on insurers – drives up healthcare premiums and are preventing employers from hiring. Meanwhile, over 1 million youngsters have secured insurance and some seniors have experienced relief from prescription costs because of the law.  Still, the part of the law requiring all Americans to get insurance by 2014 or face a penalty is being challenged and has reached the US Supreme Court. Other parts of the bill are being attacked and the administration has backed out and down from several provisions.

3. Stimulus– Shortly after taking office, to “stimulate” economic growth, the President got Congress to agree to a $787 billion stimulus package which included spending programs on various infrastructure, roads, transit and other areas. The problem: despite the fact that the spending bill slowed down job losses, it has not been effective or quick enough to dig the economy out of its sinking hole some three years after its passage, with the unemployment level still hovering slightly below 10%.  Each subsequent legislation or measure introduced by the White House or Congress has been certain to exclude the word “stimulus” in it, yet Republicans know to call any spending measure created to jump start the economy a “second stimulus” because they know how much the first one is highly despised.

4. Spending– Any bill sent to Congress must have a clear and distinct method for how it is paid for from an existing program’s budget or some other existing authorization – but it cannot come from a source that involves  tax dollars.  The “Bush Tax cuts” authorized and passed while George W. Bush was in office are set to expire in January 2012 and while measures paid for by the expiration of those cuts are not affirmative taxes, they are de facto taxes.   The Tea Party movement was birthed out of frustration that despite looming budget deficits, the government continues to “spend” money on new programs, some of which are not necessarily guaranteed to fix whatever ailment targeted.

5. Taxes– Americans are frustrated that their tax bills keep going up and moves to compound or add additional taxes are met unfavorably – unless you are a Democrat and are suggesting that the wealthier members of society pay more of their fair share to help pay for programs or dig the county out of its deficit.  This term and its sister-term “tax payer” or “taxpaying” have become synonymous with “if I didn’t ask for it or don’t approve of it, you can’t do it and it’s a waste of my private dollars.”  Unfortunately, our system of government does not allow individuals to select what and how their tax dollars get spent as there are people who use services that others do not.  It flows both ways … and sideways.

6. Cuts– The flip side of taxes is cuts. Cuts to social programs that help the poor, elderly and other disadvantaged groups, and to government entitlement programs, like social security and Medicare, are considered sacred cows.  Any measure to “cut” certain social programs is usually not popular among Democrats and can and will be used against politicians who approve of cuts with the constituents that use and rely on these social and entitlement programs.

7. Outsource – With the economy faltering and barely recovering, much of the blame on losses to American jobs is outsourcing.  Companies have been shutting down US operations and shipping them to India, Pakistan, China and other countries where they can hire workers for extremely low wages and pay little to nothing in benefits.