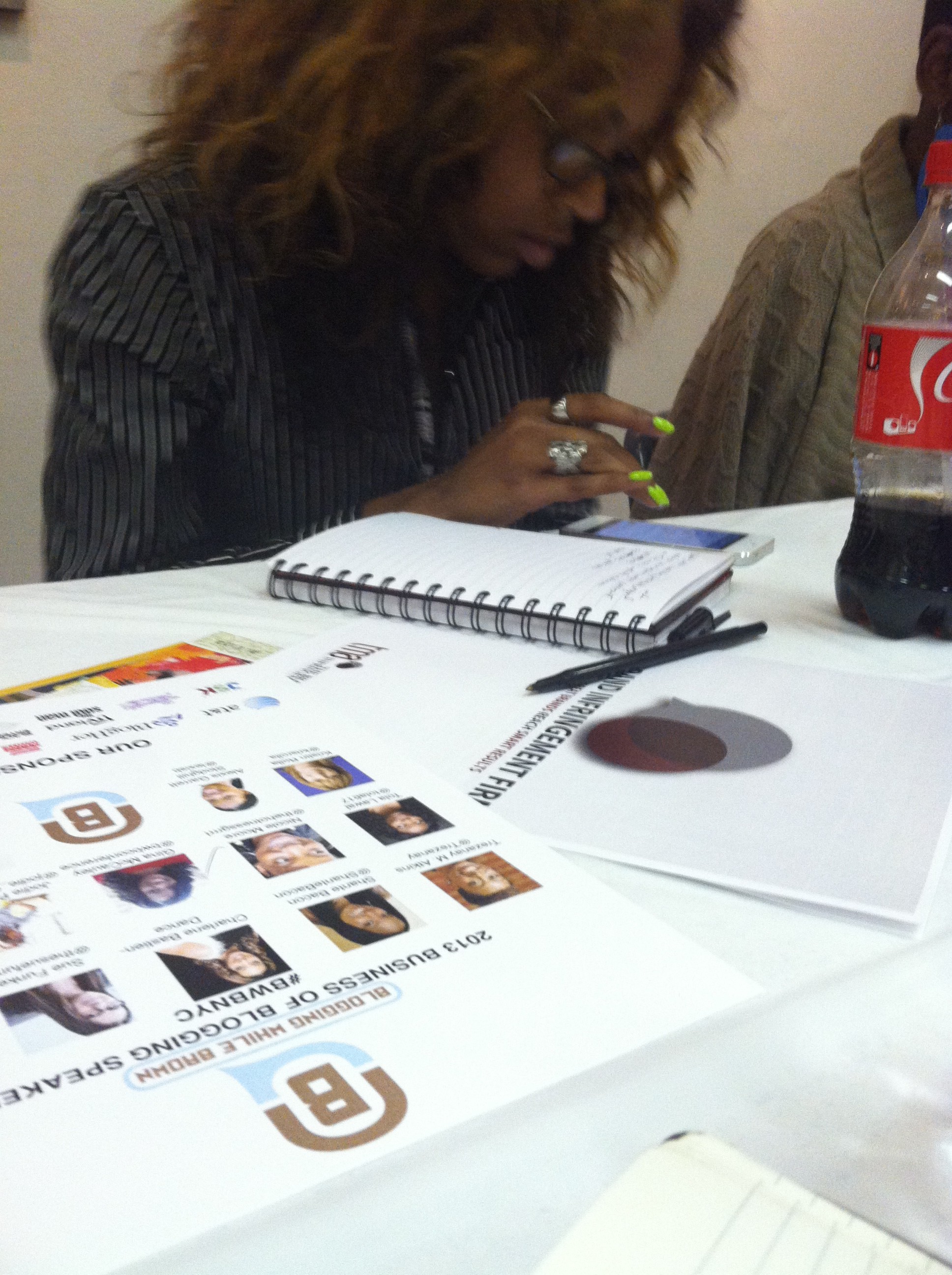 This month, Gawker broke a story about a New York Times blogger who was demanding public relations companies pay his travel expenses in exchange for mentioning the firms’ client in his blog.

An independent publicist tipped off Gawker which revealed in a July 1 story that Cliff Oxford, a former exec & business man who writes for the Times’ “Who’s the Boss” blog, allegedly billed PR firms thousands of dollars in travel expenses. In a series of emails Gawker got a hold of, Oxford positions himself as an influencer able to position start-ups in a favorable light in the New York Times. There are shades of gray there, however, in whether the expense reimbursements were for his role as a consultant or a NY Times blogger. There are blurred lines.

Nonetheless, by July 3, the Times public editor had “investigated” the matter and  summarized her findings and conclusions regarding the allegations, ultimately dismissing it as a misunderstanding.  It appears thru email exchanges that the blogger mentioned that his travel and work was unrelated to his work at the reputable long-running paper and online news site.

It was quite interesting that she was able to get that fiasco off the Times’ back in record time!

The entire underreported scenario also begged the question: Are bloggers held to a different ethical standard than journalists or are not expected to abide by the same rules as journalists who earn degrees, train and write at reputable papers and sites?

Brands send newspapers, magazines and established media outlet samples, and fly them into cover events regularly, but once an independent blogger sort of does the same thing, it becomes a problem.

The incident also reminded me of one of the sessions I attended at the Blogging While Brown conference in New York City last month. I co-presented a session on alternative social media strategies for bloggers.

At a pre-conference for bloggers wishing to turn their blogging into a business, during a panel featuring a public relations firm head, a BET network executive and a media maven who runs her own shop while managing campaigns for a corporate marketing company she works for, there was chatter about “greedy” bloggers. 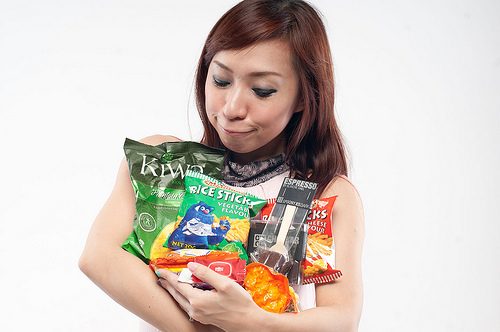 Companies that fly bloggers to events and expect them to use their influence to promote their product or services to their followers and audience get frustrated when they see the finish product or post is just the blogger posing up with celebrity attendees with no or few mention or image of their product.

One panelist exclaimed that too many bloggers get off on the idea of being a “pseudo-celebrity” and take advantage to exploit the perks of their quasi-celeb status at the expense of their sponsors. The absence of professionalism is noted and when the failing bloggers are of a certain race, it’s quite easy for all bloggers that share their race to feel the taint of the failure.

These bloggers were described as seedy, power-hungry, egomaniacs, selfish and unprofessional.

At a conference I attended (and spoke at as a featured speaker) a month prior, The Blog Workshop online conference, a few of the brands represented there also remarked about how “mom bloggers” had started to get entitled  and “spoiled” and were messing up the image of the mom blogger.

In a nutshell, when a few key plum mom bloggers realized they could get lots of perks, products and trips from companies, they started to take the attention for granted. They demanded more and more yet gave less and less.

That may explain partially why some women who are also moms and blog about their kids are running away from the term – not wanting to be pigeonholed- or marked with the general brush as a “mom blogger.”

So it appears that in the business of blogging, the action of a few is sufficient to tarnish the branding image of thousands or millions of others, including some who never even have gotten a shot at proving themselves or messing up.

It comes full circle to why bloggers initially were and/in some cases continue to be held to a lower standard than journalists.

Whether in the eyes of PR companies, journalists, news organizations, audiences or bloggers themselves, bloggers toe a fine line in the new media world.

Despite the bad apples, the conflicting message that came during BWB and TBW conferences was that among many brands, Bloggers still have more clout and are more valuable at messaging and delivering brands to audiences than even celebrities in some cases.

One panelists remarked how some companies are realizing blogger influence sometimes delivers more ROI, return of the investment in terms of products, site clicks, positive brand messaging in social media than celebrities.

But just as bloggers are being elevated, they continue to be teeter on the edge of legitimacy.

Bloggers are great tools for marketing just so long as they don’t ask for too much or demand too much. Quandary.

At the same time, it looks as though Bloggers’ mistakes are elevated to the point when one blogger’s error could reflect badly on all other bloggers of the same ilk.

The government also seems too eager to jump in and even regulate bloggers more harshly than traditional media.  There is a perception among bloggers  that they are watched more closely and presumed to be willfully and intentionally withholding information about relationships with products they blog about.

For example, the FTC has applied strict standards to disclosure rules but seemingly barely imposes similar rules on traditional press or journalists.

(I’ve counted numerous violations of its disclosure rules on many many celebrity status updates and tweets, and am waiting for the FTC to impose its first case sample that it means business when it publishes “guidelines”).

And from these conferences, I’ve noted how it doesn’t take much for bloggers to be labeled “greedy” or “entitled” or “spoiled” by those who work with bloggers to promote their brands and those who never really gave bloggers the respect they deserve for the work they do.

It’s this fragile position that would cause a newspaper to easily distance itself from the actions of a blogger without too much controversy or fuss.

This cannot be good for the blogging industry at all.

Anyway, besides that lesson in Blogger perception, other key takeaways I got from BWB are:

1. Find out why you are blogging (to gain fame, to become an author, to sell a product linked to the blog, to become a consultant, to educate, as a hobby) as early as possible then grow your blog and later take advantage only of those opportunities that will get you to that final output. Then, for example, if you don’t want to become a consultant or brand ambassador for brands, there is no need doing endless reviews for products to build a portfolio.

2. Use your authentic voice and try to avoid coming off as a sell-out to brands. Stay true to your topic and blog and keep your audience a priority and not the brands who help fund your blogging.

3. Learn about the technical part of blogging and apply those rules related to building audiences and a community, and keeping people coming back. Whatever you cannot do for yourself, hire someone to do it.

4. Recognize it takes a lot of time and effort to become a major blogger who can command profitable ad space, maintain major traffic, get consulting or brand ambassador gigs or can launchpad to other opportunities such as authorship.

5. Blog well and often. Be realistic and things will fall into place.

Here are my images from BWB: (feel free to borrow w/credit. No watermark necessary)