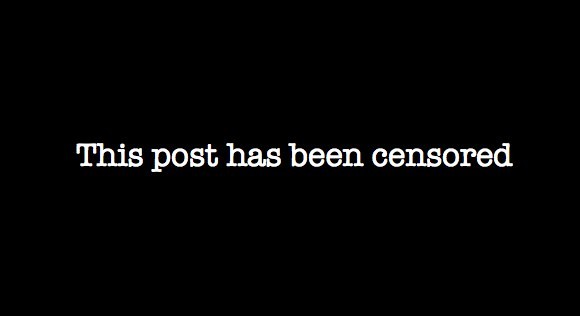 *EDITED: After posting this, I see my comments I made hours ago finally posted. Interesting….AND they DELETED it AGAIN! HuffPost is not a place to go to comment if they think your comment opposes their position.

Oh em gee! I thought the progressive and liberal website Huffington Post loved people of color….well not when they disagree with them, apparently.

I attended the 12th annual Minority Media and Telecommunications Access to Capital conference this week, and was pretty geeked to see several panelists and presenters reference the Tech community’s 2% problem after my blog post which took notice of the fact that all of the tech companies that have released their diversity numbers have revealed that they each only have 2% blacks employed.

Another interesting thing happened during the conference:  Apparently, several liberal and progressive news outlets wrote articles and posts calling “sell outs” any civil rights organization, including MMTC, that disagree with them on  Net Neutrality/Open Internet.

[Side Note: Where have I seen this before?

Oh yeah,when a FireDog Lake Blogger got upset with me and my fellow panelists who, interestingly enough, made up the most diverse panel at the 2011 progressive NetRoots Nation conference. — (please also note that progressives rely on black voters to get Democrats of all color in office yet their conferences are just as White as a Tea Party rally.)

You see, we advocated that blacks should vote rather than join the call of progressives disgruntled with Obama advocating to waste a vote on a third party.   We — who work on issues impacting black communities every day-were sell outs to him too… also because we thought blacks shouldn’t waste their vote either by sitting out an important election. ‘Father knows best.’ Um yeah. Anyway, I digress.]

So here we are again.

MMTC  (Full disclosure: I am on its board) and the 39 other major civil rights organizations wrote and submitted comments in the FCC Open Internet proceedings asking the FCC to implement a light regulatory touch and to use that agency’s Section 706 authority to punish bad actors on a case by case basis.  In their comments, the groups expressed concern that a heavy regulatory hand would suppress innovation and investment.

Instead, they asked the FCC to join their efforts to extend broadband adoption and ensure people of color are not left out of the tech and digital economy. Recently, Jesse Jackson declared that tech diversity is a new civil rights issue.

But these guys don’t have anything to say about diversity and inclusion. No, instead, they’re sticking on the campaign of telling black and brown civil rights organizations what they think is good for them and how they should think, vote and act.

I spotted a new one today on Huffington Post that called out NAACP for being apart of the 40 organizations.

The paternalistic tone really boiled my bubble so I commented, but it never saw the light of day.

They deleted it and apparently delete opposition.

I didn’t know this. I am used to my posts on Drudge and Hot Air and Big Government getting deleted and being hammered by their audience in opposition to my centrist comments, but I didn’t expect it from HuffPo.

But I see all those who agree with the author’s comments stayed put, and didn’t get deleted.

Know your place and fall in line.

And I was heated to see all these Anglos calling organizations that service communities of color sell-outs which sucks considering, on any other matter, these folks are absent and probably have ZERO to say about issues that impact black and brown lives.

Who exactly are the NAACP “selling out”?

Black businesses that have been able to thrive and build web based businesses and use the web to promote their brick and mortar biz?

Please, pray tell, how changing the current, robust and dynamic Internet ecosystem that is currently working to bridge the opportunity gap for digital entrepreneurs like myself will be benefited by getting the GOVERNMENT to butt in and weigh down the open Internet with regulations that were created in 1996— READ that again, 1996 and meant for old telephone lines and apply it to the Internet! Are you people serious?

As someone who is currently trying to get funding for web based businesses, I have heard from VCs who say they are moving AWAY from this industry because they can foresee the FCC putting down a heavy hand of regulation on Web-based businesses.

For people accusing the NAACP of selling out, many of you don’t even have a blinking clue about what REAL AFRICAN AMERICAN digital entrepreneurs are dealing with out here.

I am yet to have a debate with anyone on the merits of Title II  because it appears they cannot back it up with a straight face!

You all sound quite paternalistic and insist on telling black organizations what they think is right for them but are never to be found when we are out there challenging the Googles, Yahoos!, LinkedIns of the world which only hire blacks at their Tech companies so long as they stay below a 2% threshold.

Until you are fighting with us on the broadband opportunity gap, save your “sell out” comments because you lack credibility and we don’t really care what you have to say.

Was this so bad?