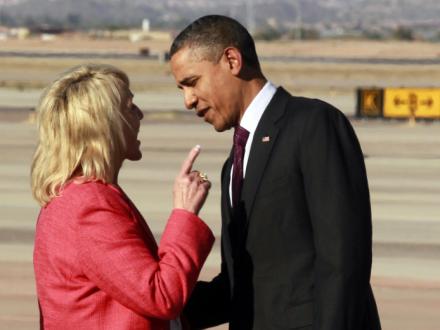 In September 2009, Scripps News reported that 5 percent of the members Congress were serving without having a college degree, which is not required by the Constitution, but is often assumed. “According to the Congressional Research Service,” the outlet reported. “Twenty-seven House members and one senator currently serve without a college degree.”

“College degree credentials are becoming so much more relevant by the second, ” Steven Taylor, a university professor at American University told Scripps. “I would think generally you’re not going to find a lot of young people who made it into one of the houses of U.S. Congress without a degree.”

That is not necessarily true any longer in these days of anti-Beltway insiders.

During the 2010 mid terms, having a degree or too many Ivy League credentials were used against candidates for office, particularly incumbents. Their opponents accused  them of being too aligned with Washington and coming from “Inside the Beltway.”

Those without the pedigree and Beltway background  counted on their status as a “regular” person to get them elected into office. The tactic appealed to Americans who were frustrated with many in Congress who have been deemed elitists and disconnected from the concerns of average Americans.

Several candidates capitalized on the frustration against well-moneyed incumbents. In their campaigns, they frequently mentioned their own working class backgrounds and less than stellar pedigrees. For example,

Also, back then, any elected officials that criticized the makeup of the Tea Party movement membership or its policies, were called out as being arrogant snobs and accused of looking down on average working Americans.

For example, during the 2010 primary races, Nevada GOP Senate candidate Sharron Angle went on record calling Sen. Bob Bennett (R-Utah) an “out of touch” elitist, after he characterized the tea parties as having no identifiable strategy.

Through this tactic, they were hoping to signal to the working and middle class electorate that they understood their struggles and would be better suited to hold office on behalf of the average American.

However, in some instances,  the tactic backfired, when candidates for office in 2010 were busted trying to elevate or boast about their credentials and pedigree.

It appeared they wanted to have their proverbial cake and eat it too.

However, not everyone is buying the idea that the person representing them in Congress should be an “average Joe” or “ordinary American.”

In the 2010, Georgia primary,  for example, not having a college degree may have been the demise of Republican nominee candidate Karen Handel. The Congressional hopeful lost to former Congressman Nathan Neal when Neal kept hammering on Handel’s lack of pedigree.

Though it is little known fact,  had Handle won the nomination and eventually the seat in office, she would have joined then three active sitting governors that also do not hold college degrees:  Arizona Gov. Jan Brewer, Connecticut Gov. M. Jodi Rell (no longer in office) and Utah Gov. Gary R. Herbert. Now that Scott Walker is the Wisconsin governor, he replaced Rell as the third.

Having a college degree and one from one of the country’s premiere institutions doesn’t necessarily make a candidate the best for the job of holding office. 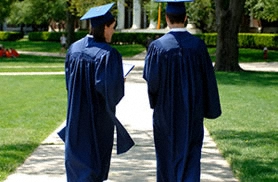 Certainly, there are plenty of examples in history of inventors, scientists and business owners who have excelled in their respective industries without holding a degree.

In fact, currently less than 30% of Americans have college degrees, though more are getting them.  From 1940 to 2007, the percentage of people age 25 and older with bachelor’s degrees has increased from 4.6 percent to 28.7 percent, according to the National Center for Education Statistics.

Notwithstanding, there is a presumption that the skills, intellectual capability, and discipline it takes to excel in a college setting can be translated into an effective law maker or political leader.

Indeed, many satirists, bloggers and commentators have pushed back declaring that people expect those holding higher office to be the smartest people around and the best suited and most capable for the job, and that they want someone more intelligent and well-studied than themselves holding high seats in office.