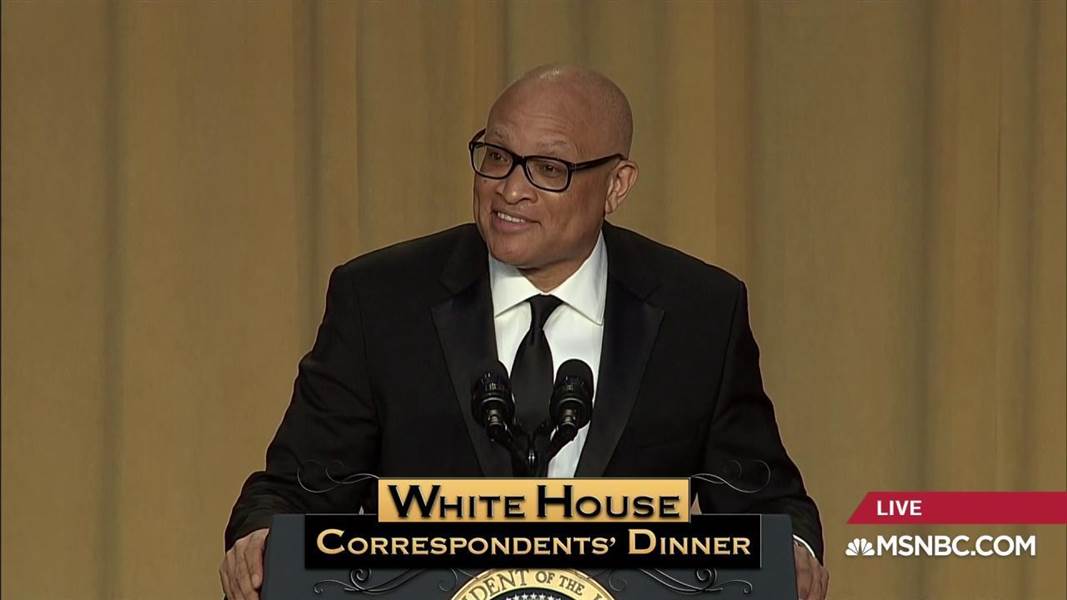 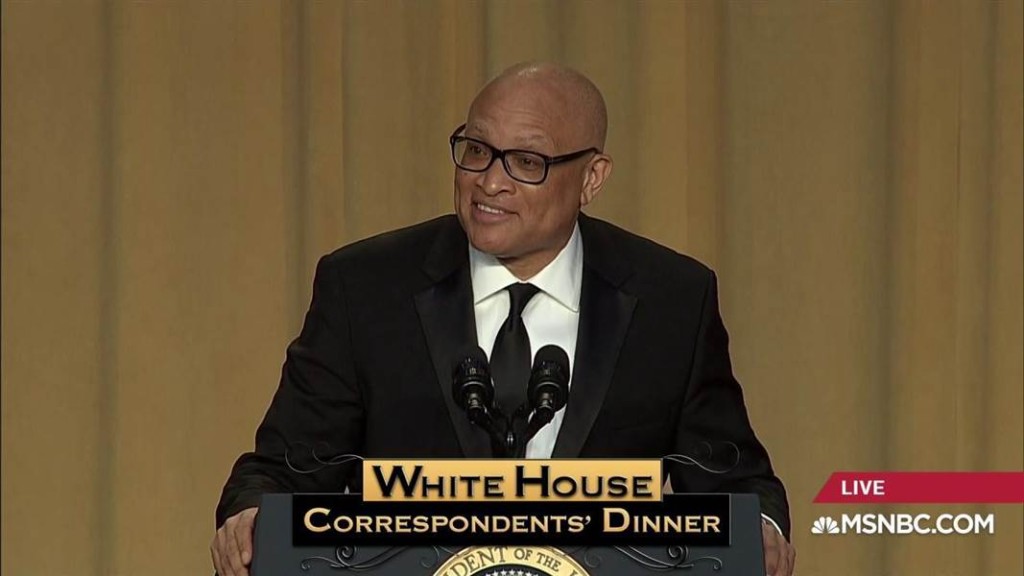 Today, there is a lot of buzz about the speeches that President Barack Obama and Comedy Central comedian Larry Wilmore gave at the 102nd annual White House Correspondents’ Association Dinner.

A lot of talk is circulating over the various jabs at Hillary Clinton, Ted Cruz, Donald Trump, the Republican Party, and the news media.

To most people who are unaware of this event which is the highlight social event for the DC Beltway set, it is supposed to be a roast.

The professional membership association of credentialed journalists that cover the White House throw the event and each year, since the early years, the sitting President attends and gives a critical and often scathing but light hearted comedic speech.

The President pokes fun at himself, the media and political rivals.

The dinner typically includes a skit, either live or videotaped, by the sitting President in which he mocks himself, as that great reliable source Wikipedia states (* sarcasm *)

That’s how it goes each year. For the uninitiated blaming Obama for Wilmore’s remarks, this isnt’ his function. He didn’t start it, but his presidency does have a lot to do with why it’s gotten this well-known.

One of the commentators to last night’s C-SPAN LIVE broadcast said recently, the event has become even more high brow and known since President Obama came into office.

Personally, I found both men equally funny.  I’ve watched and followed past WHCD speeches and of Obama’s, I didn’t think this year’s was particularly more funny than past .

He was funny, still.

I found Wilmore hilarious but a lot of people did not… especially many members of the press who he criticized.

Some say Wilmore bombed. They did not find him humorous and they say he misread the audience. During the broadcast on C-Span, there were several pan flashes of the audience of tuxedo and ball gown-dressed attendees with blank stares. There were audible groans.

From Colbert to Wilmore, the #WHCD has become a barometer: The more sour the audience gets, the more truth supposedly being spoken to it.

They both criticized CNN for being light on news and more heavy on entertainment, and Wilmore went after FOX News by saying the conservative network would characterize two black men on the podium as  “‘Two Thugs Disrupt Elegant Dinner in DC.”

He took a dig at MSNBC which famously has fired most of its black news correspondents and had a very messy public split with Melissa Harris-Perry.

He said the network now stands for  “Missing a Significant Number of Black Correspondents” and continued, “MSNBC got rid of so many black people I thought Boko Haram was running through that network.”

In my opinion, the event has grown out of control and gone so far off from its original stature that it has become a victim of its own success (or notoriety, depending on your vantage point).

Each year, news organizations who are credentialed members of the White House Press corp get to invite high level officials and celebrities to the event.

Especially with the election of the first African American president, it has become a magnet for Hollywood celebrities. With this being the president’s last year in office, it looked as if there were more than usual but actually just one more, if you don’t count media personalities like Savannah Guthrie, Gayle King, and the like who are celebrities in their own right.

There aren’t but only so many amount of tickets and because it has become the must-attend event, it’s one of the hardest event to get an invite to. The Association has a specific amount of allotments for the 800 person event and that’s it.

Social Media in the Mix

Something else is making the Nerd Prom ( as the event is affection ally called) stand out; something that the Bush presidency and previous administrations didn’t have that Obama’s does: Social Media.

So now, normally politically agnostic people who would ordinarily not know or care about the Nerd Prom at all are suddenly tuning in when they see it start to Trend on social media.

Those who don’t watch, learn about it through their social media stream or the next day when they see all the memes, think pieces and other commentary about it.

Because of social media, the Nerd Prom has the potential to come under even more criticism from the masses than ever before.

I believe the presence of celebrities each year draws criticism from those who consider the mainstream media a bunch of elites. I went to some of the parties one year and found myself being ridiculed in Twitchy round up, Yahoo article and Atlantic‘s The Wire blog a few others joking at how journalists get all giddy over hobnobbing and rubbing elbows with celebrities.

See the criticism here and here and most famously Tom Brokaw dislikes the event and spoke out about it in 2012.

My only concern with it is that it is quite pompous event, which is no biggie, because I can and love to attend networking events.

But it is easy for people to look at the journalists mixing with celebrities and characterize them as disconnected from the people.

Yes, I’ve attended parties surrounding the event and have worked hard to score tickets, but it’s a bit wild that we have to do that as if it’s a celebrity event. It’s just a dinner, albeit one with ta lot of power and prestige.

The years I did go  to events, after working my connections to get on lists, it was very off-putting because it was a sea of white faces at most pre and after party events, including the dinner itself.

In 2011, I wrote about the lack of diversity at the event and it hasn’t gotten better.

It’s a copious showcase of exclusivity and it is very very white.

It wouldn’t matter as much if the media didn’t spend a good chunk of its time breaking down the absence of diversity in other fields, companies and institutions.

I think Wilmore’s mark stung a bit harder because it was a mirror and the audience didn’t like the reflection staring back at them.

I immediately noticed a difference between those who liked it and those who thought he sucked. Black Twitter and youth enjoyed it and a lot of journos and people who are not from those two large and significant blocs of the population did not like it as much.

I tweeted about it.

Think Wilmore is bombing? Check who actually is enjoying it. Note: It looks nothing like complexion of the room. JustSayin #NerdProm #WHCD

All could have ended well if Wilmore had not said to the president at the end of his remarks, “You done good my nigga!”

First, it is not respectful to address a person in such a high rank in such a common term, even if it is coming from a comedian at roast, and from a place of praise and admiration. It went too far for that platform. I think there are some limits.

However, I am aware that the term is a term of endearment that many black Americans still use today. Some Blacks are offended by the word in any form with the “a” and especially the “er” on the end, but still it is a term that they’ve chosen to adopt as such but is still not cool for whites to say.

I think when it comes down to all the opposition to Wilmore’s use of that term, you need to peel back the onion and recognize that the reason certain folks hate it is because it is a word they cannot use freely.

I think if you are used to being free to say as you want except that word, that is bothersome. It’s like why do you want to use the N Word so bad? Why?

I addressed why it’s still not cool to use the word here.

It was an interesting event this year and I’m interested in reading what else comes from it. I think the answer will be nothing.

Watch all of Wilmore’s remarks here: