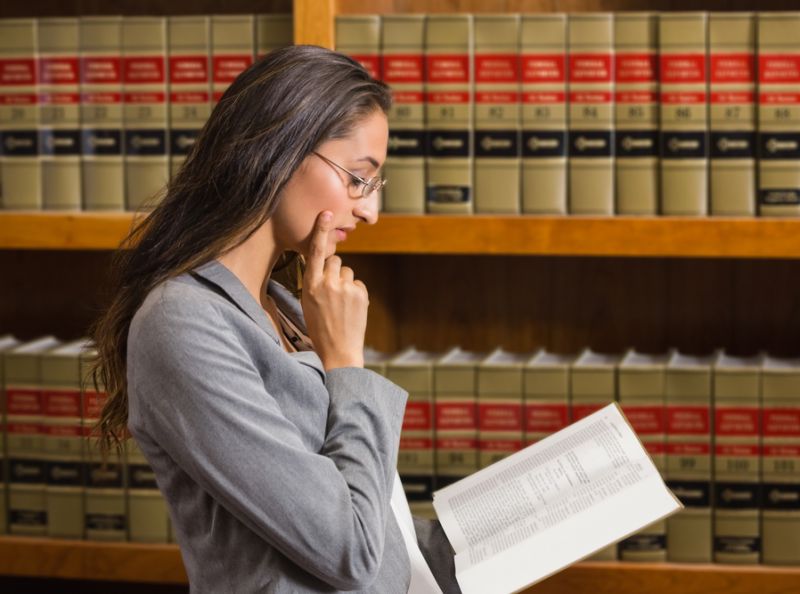 Aspiring lawyers can rejoice — but not relax — due to recent trends in law school admissions. The number of people applying to law school has dipped significantly since 2011, leading to more inclusive admissions standards at the top-ranked programs. This doesn’t mean it’s a breeze to get into Harvard, however.

According to US News & World Report, the way this most concretely affects applicants is probably through greater availability of merit scholarships at the schools just below the most prestigious. These schools may be able to boost their medians — and their prestige — by enticing top-scoring students to attend their programs with lowered tuition costs.

Using data from the American Bar Association, StartClass created an Acceptance Index to determine which law schools are the toughest to gain admittance to. The Acceptance Index is calculated by factoring both enrolled students’ median undergraduate GPA and median LSAT score. The absolute most competitive programs have largely maintained their reign, but admissions trends may have allowed a few surprises to slide into our list.

Northwestern is one of two of the top 10 most selective law schools that are located in Chicago. Students here have a median undergraduate GPA of 3.77.

Columbia Law surprisingly has the lowest median GPA in the top 20 schools on this list, though not by much. Matriculated students here have a median undergraduate GPA of 3.7.

At 33.1 percent, NYU School of Law admits the highest percentage of applicants among the top 15 schools on this list.

#6. University of Virginia School of Law

University of Virginia Law is the hardest public law school to get into; admitted students have the incredibly competitive median undergraduate GPA of 3.86.

University of Pennsylvania Law School has an acceptance rate of 18.8 percent, the fourth-lowest among schools on this list.

University of Chicago Law is one of only two law schools whose matriculated students boast a median undergraduate GPA of 3.9 or above.

Stanford’s acceptance rate is the second-lowest in the country. The school was the original setting proposed for the film “Legally Blonde,” which was based on the book written by alumni Amanda Brown, but the University administration didn’t approve of the script.

Harvard Law ties with the number one school on this list for highest median LSAT score—matriculated students have a median score of 173 out of 180. The school counts President Barack Obama among its alumni.

In fitting fashion as the hardest law school to get into, Yale has the absolute lowest acceptance rate (9.7 percent), the highest median GPA (3.93), and ties for the highest median LSAT score (173) on this list. With former U.S. presidents Bill Clinton and Gerald Ford among its alumni, Yale Law is still the standard bearer for American law schools.