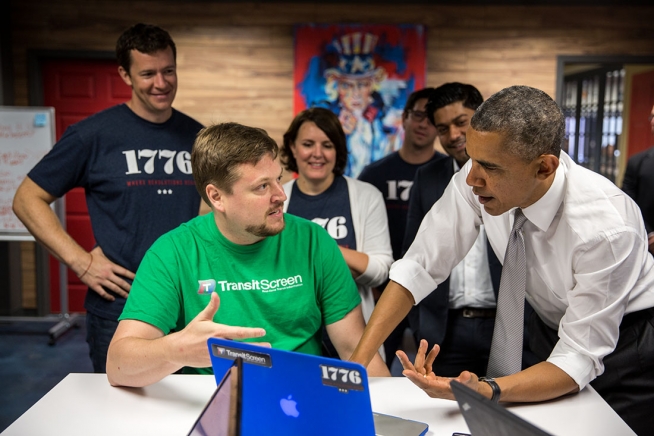 Most people who enter STEM (Science Technology Engineering and Math) fields work in the private sector: about 70% while just 4% take jobs at the federal government, a recent Ford Foundation report found.

So this is a ripe time for the current White House to try to lure tech workers from Silicon Valley to DC to help meet the needs of the US government which most recently was marred by a scandal when its healthcare overhaul website failed miserably during initial insurance sign up period.

A Start Up called 18F ,named for  its location on 18th and F Streets, has existed since its March 2014 launch and is tasked with upgrading the federal government which currently has 80,000 tech workers. It has a hard task in front of it as currently,there is under 100 employees working at the office.

The difference between 18F and traditional government tech work, infoWorld notes, is the “build it first” model versus the government’s “get permission first” dichotomy.

An early project for the group is NotAlone.gov, a repository of information tracking sexual assaults on college campuses that is regularly updated with resolutions.

The 18F initiative is but the second White House effort at bridging the tech gap.

In 2012, the White House created the President Innovation Fellows program to recruit employees in the tech industry to work on government IT projects for six to 12 months. The program’s first round received 1,200 applications for 18 positions, according to Tom Kalil, the White House deputy director for technology and innovation.