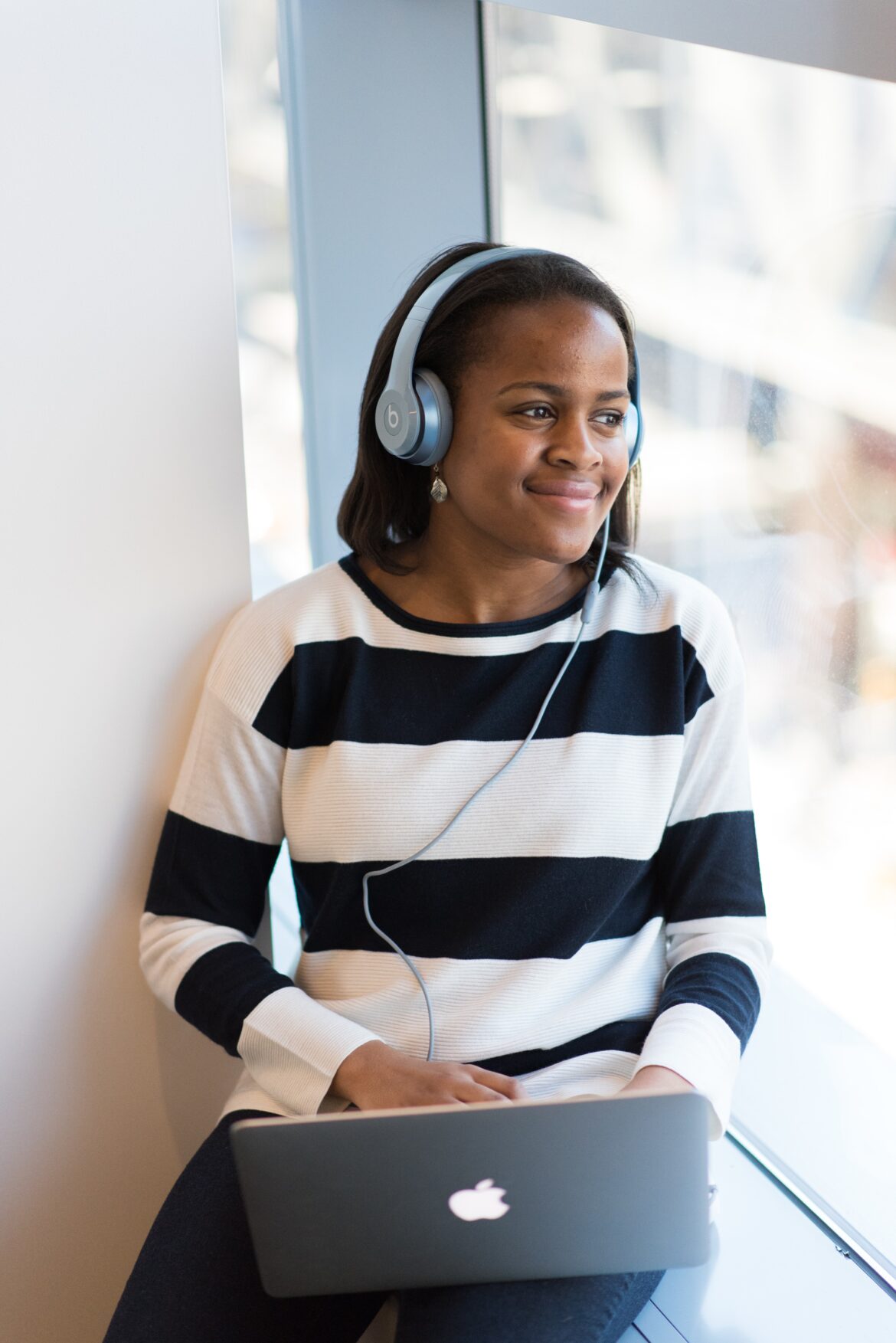 I have been doing in the social audio app called Club House on Pinterest marketing growth strategies and this is another for you.

Here are the 10 places that you can repurpose your content.

First one is TikTok because it is a low hanging fruit and that the people on Tiktok will cheering you on and once you find your niche people like you there subscribe to follow they’re not they’re not necessarily stingy with their followers and their subs and their likes as they are on other platforms. I take a Pinterest pin and I just put it on TikTok. I just upload a straight add a few hashtags boom and people are getting followers. I’m getting likes.

Even though Instagram promotes reels more, IGTV is just video content. If it’s less than one minute it will be right there on your profile and you can watch it but Instagram has since gotten rid of IGTV so that all video content so even if your video is over one minute it still be on your on your profile, and people also be able to just click a button to watch the rest of it.

For those who don’t know YouTube’s has been a long form video content platform and it has been for 16 years. Starting 2020 I believe it started allowing vertical video content under just under 60 seconds called shorts.

There’s a short player on your YouTube, your mobile app, your YouTube creator app, so you can just upload a really pretty easily without having to do anything so it’s almost a very super, super easy to repurpose shorts more so than TikTok as you know you need those Hashtags to go viral.

With shorts you don’t necessarily need the hashtag at all because YouTube has a sophisticated AI whatever algorithm it uses to boost content shorts. They don’t need your hashtag so it’s easier to either repurpose a Pinterest onto shorts than to TikTok even you have to worry about tick tock research.

I don’t use Snapchat that often but I do know Snapchat was one of the platforms when the first platform that paid creators to create snaps content. Now you know since then, TikTok definitely reels definitely Facebook reel and Instagram reels and even shorts are now paying creators and Pinterest too pays creators but it all started with Snapchat. They were the first one they’re the originators. So you can take that content as well and put it on SNAP, especially when we have a presence and I don’t do snap so I can’t really talk too much about that but I do know that’s the one place you can repurpose is on snap.

Facebook is really aggressively trying to reward creators for content. So they are not just rewarding Business creators like people who have Instagram creator accounts and then saying if you have Instagram creator accounts, you can also be repurpose that on Facebook and will pay you they’re also inviting regular people who just aren’t creators, just personal so for example, let’s say I’m not a creator at all, but I love uploading my food recipes because they give me a reels aspect of my personal page and they start taking off and they’re doing really well. So I as a regular person personal person not a traitor with no business account at all can actually get paid by Facebook will invite me to enter their things so I can get paid as well.

Facebook reels is definitely a free place especially do free content Pinterest, full content does really super well on Pinterest. As a matter of fact, I have a viral pin that has gotten a million views on Pinterest. One of the reason why it does well is because it’s trending and it’s evergreen.

Trending content is popular at a certain time of year, usually it’s for some reason it’s popular because it’s in the news or something or it’s just a lot of people are looking for that so it’s trending and evergreen is something that lasts all year, or resurfaces.

Then it does a well again during the Lenten season which is coming up for Christians and so a lot of times people are detoxing, cleaning up our system. They’re giving up something and they may say well I’m going to fast so they know the green juice is a great way so it’s recycled again the Easter season. Then you have other religions you have I don’t know about Buddhists. I know that Muslims have Ramadan and sometimes people want to fast and then again, then it’s bikini season coming towards summer people know they’re going to want to go the beach people are again trying to cleanse and then there are people who take vacations on winter they’re going to be in a bikini during Christmas.

So it recycles, over and over again. So it’s evergreen, and it’s also trending. But because it’s food content, it’s the type of content that I can take from Pinterest and take over to a platform like Facebook reels and also do well. Or I can take that to Instagram or other places.

Number six for those of you who have emails or who are coaches or who know that you’re selling something and you guys have a website and you know that using your email list is a great way to communicate with your customers or clients directly on one on one.

If you have done a Pinterest pin that’s doing really well in your Pinterest, plough that emotion and get people inspired and make people want to want to try it. Why not take that to your email audience and add value and they’ll appreciate it because the reason why they are subscribers in the first place is because they’ve chosen to come on your subscriber list and they value the value which you have to say. So each time you can give them information that’s really great for you. That’s goodwill, that’s keeping them happy and you already created in Pinterest for free for no reason.

So you know you share with them they’re like oh wow, this is great. So like Hey, I got something for you. A free tutorial or free whatever. So that’s another place is to have it in your email.

Another example is like a mini course so I’ll take all my different clubhouse rooms, and I’ll put them into like you know a series of course and say, Here’s my Pinterest you know starting over starting fresh from Pinterest. Here’s what you need to do kit. And in order to get this I need your email exchange and of course that goes back to building your email list. So you can use it as a lead magnet to build your email list.

The eighth way is to blog and even if you don’t have a traditional blog, like a domain and host like a WordPress or Blogger blog, the good thing is there a lot of platforms that are blogging platforms out there that are long form, blog and platforms where you can put your content out and they will actually market and promote it for you and get audience and eyeballs for you Cora is one, LinkedIn, medium is another blogging platform. You can embed your Pinterest in your blog and talk right about it around that idea pin.

I’m notorious for using Twitter to promote I just did a daily life blog recently. I’m going to take the content and share it on Twitter as a snippet of it and tell people to go watch the rest. So you can take your idea pin, Download it, It has the under two minutes on Twitter, and then upload it straight to Twitter with hashtags and get the people who don’t go on YouTube or on Pinterest the people who  don’t really care for Instagram, who may not be on Facebook, there’s a whole bunch. Who don’t do any of those social media.

So if you take that Pinterest idea pin to Twitter, attach the relevant hashtags , you will have a you have a whole new audience of people that don’t necessarily going to go to Pinterest go click it. This is because the hashtag is different they care about it or if you have certain keywords in your caption your attraction to me you tweeted out there people who watched or they follow topics and Twitter puts it in front of them even if they’re not following you if they’re following the hashtag or the former topic.

It would take your tweet with those keywords in it and put it in front of people. Even those who are not following you. And there’s millions of people on Twitter that never go to ventures. So that’s how you get them back to Pinterest back to whatever it is.

The last way is kind of like full circle all your various different pins that you’ve already done before. Take a look and see we see patterns and then curate all of them and then redo it again. An example is, I’ve been doing a series of outfit of the day right so I just love doing it. So I can take outfit of the days all my athletes all aware.  I could just say 10 athleisure outfits which will feature my 10 previous outfit of the day.

Pinterest idea pins, I can take 20 of them and say my athleisure ideas. You know here’s 10 or 20 different ways to wear athleisure wear. They are really just based on 20 idea pins already did and curate them in one big long pin. They are  most likely going to get traction  because you might not like one outfit. 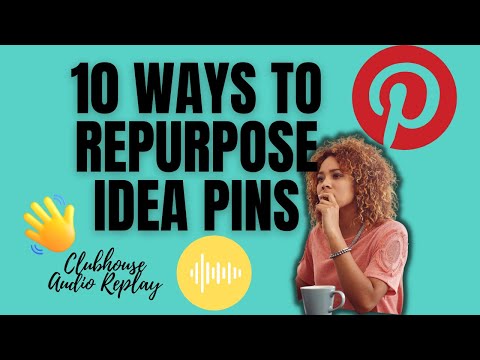